I have told this story to Doctors and Nurses and Dementia Nurses and to University Professors but no-one seems that interested. Maybe it is because I am naive and non of this makes sense, but I think I have followed a logical explanation. I would blame the lack of interest on the fact the everybody is currently focussed on Coronavirus, but I was telling this story before that virus came along.

I don't want your money, you don't have to buy a book and I don't have any arrangements with the producers of any products mentioned. 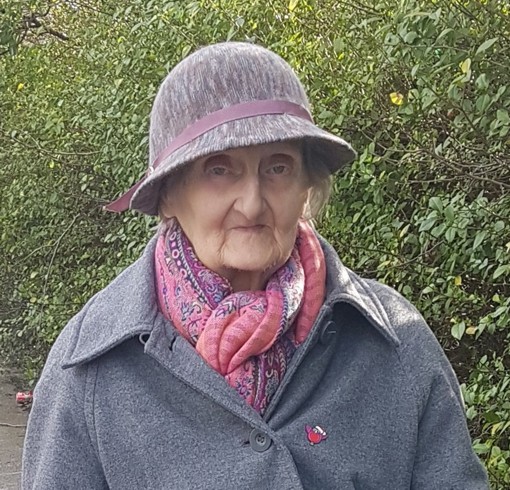 A cure for Alzheimer's - My Mum's Story

My Mum was diagnosed with Alzheimer's in 2009, which is really a guess, they could only truly say that she was showing signs of dementia. She had a typical long slow decline, interspersed with sudden drops down and a susequent recovery, but never to where she was before the drop down. If you have cared for someone with Alzheimer's this will be a familiar story. I really started being a carer for Mum after my Dad died in 2013. I am an engineer and used to diagnosing problems with machines, I brought that logic in to the caring for Mum. By July 2019 Mum would try to speak but the words seldom came out as she intended, we could understand her but only by trying to hear the emotion behind the words that came out.

The improvement started with a serious decline. Mum had diarrhoea in the night of 20 August 2019 and we didn't know until the next morning, I feel guilty because even though her pants were clean at bed time she didn't smell right. If I had got her to the toilet maybe she would have been OK, but then maybe we wouldn't have seen the improvement.

Lying in diarrhoea had two effects, it caused a skin infection followed by a UTI (Urinary Tract Infection). The skin infection was treated with a 7 day course of Flucloxacillin 500mg. Then towards the end of that treatment the UTI started to show on the urine dip sticks and so Mum was treated with Ciprofloxacin for a 7 day course. Mum has had Ciprofloxacin for a Pseudomonas infection before, there was no corresponding improvement in dementia symptoms. Having two antibiotics so closely together made Mum very ill, she stopped eating and was barely drinking.

On the 10th September 2019 we phoned the Doctor as we were concerned that she was dehydrated. Two nurses came to visit and agreed that Mum was dehydrated and they arranged for her to get fluids on the Ambulatory Ward at the local hospital. She was given 1 litre of sodium chloride IV infusion over 5 hours, it was a very long afternoon/evening. The next day Mum was due to have another litre IV but was sufficiently recovered to stop them fitting a cannula. We took her home and managed that day to get her to drink 400mls of fluid.

In all of this Mum had decided she would no longer tolerate her false teeth, so eating became a bigger problem. Her old diet went out of the window and we started Mum on a new and different diet. As a team her carers got together and starting with breakfast found new ways to get Mum to eat. We started with the commercial Ensure drinks, but they are expensive and lack fibre. Then a different carer arrived and brought her Nutribullet, the milk shake for Mum was born, and it worked.

Breakfast became a milk shake:
Whole milk.
Various frozen fruits (we were using fresh but they are expansive and don't last so well).
Oats for porridge (Scots Porridge Oats)
Honey (the supermarket own brand cheap stuff)
Lactulose if any ongoing constipation, though because of the oats seldom required.
Complan

Mum would drink back 500mls of this for breakfast within about 10 mins and without any suggestions or help. After a few days were were getting over a litre of fluids in to Mum each day. If I was doing it again I might add some oil in to the mix, I wonder if Mum was getting enough fats in her diet.

First indication of the improvement.

Mum used to like going out in the car, and, as it made her happy I was pleased to take her out. A few weeks after the antibiotics and new diet we were driving out in the countryside in an area called Mobberley (North West, UK). It had been raining and there were large puddles on the road, Mum pointed at a puddle and said “Water”, I repeated it back to her. A little later we came to a railway bridge and she said “go under”, again I told her she was right. These three words don't seem like much, but let me repeat Mum had moderate/severe Alzheimer's and hadn't used proper words for quite a while. I kept it to myself because I am used to the ups and downs of Alzheimer's and know there can be moments of clarity. Then Mum's other carers started to ask if I had noticed that Mum was beginning to use words again. Again I didn't get my hope up, the ups after Alzheimer's drop down can give false and painful hope.

By February 2020 and though Mum had had health ups and downs and UTIs to contend with she was still better than she was a year before. I would have expected two of the 'Alzheimer's drop downs' in that time, but there had been none.

Mum continued a slow but steady improvement in her language until July 2020 when her age caught up with her and her kidneys failed. For some reason the Doctor put 'frailty of old age' and 'advanced dementia' as the cause of death. A few weeks before she died she was walking 500 metres and could go up and down stairs unaided, so not that frail, and the dementia only looked bad when her kidneys had stopped working and she had an infection in a saliva gland. Mum died at the end of July 2020 aged 90.

I kept a record of some words that Mum relearned and the sentences she used, this isn't a full list, just some of the highlights.

It wasn't just Mum's language that improved. In the Mini Mental State Exam one of the things they check is if a person can follow direction. For years Mum couldn't, but on her last visit to A&E after a fall, she followed the direction of the Radiologist, placing her arm and keeping it still.

There have been a few theories put forward as to why Mum got worse and then better after the antibiotics.

She had an underlying infection that was cured by one of the antibiotics.
Mum had been tested many times looking for the markers of just such a thing, no blood test showed an undiagnosed infection.

She was getting more stimulation than people in a care home.
If this was the case then Mum would have stopped getting worse years ago.

It was the improved diet that fixed things.
Mum has generally eaten pretty well. My Sister used to batch cook various meals with 'good stuff' hidden inside. She was on multivitamins and Vitamin D3 for years. We do know that her iron levels were a bit low but they were always within normal range. I had tried iron supplements but they always upset her digestive system.

Lets start at the beginning:

The first question would have to be why would the antibiotics make Mum so ill and stop her wanting to eat. No big surprise here, antibiotics affect the digestive system, particularly the gut microbiome:

Is there any evidence of a relationship between the gut microbiome and Alzheimer's.

and a rather scientific paper:
https://www.ncbi.nlm.nih.gov/pmc/articles/PMC5648830/

A very well respected UK university are about the begin research in to this.
https://www.imperial.ac.uk/dementia-research-institute/research-programmes/the-microbiome-and-brain-health/

If there is a relationship between gut bacteria and Alzheimer's then would just changing the diet stop the disease.
People have studied this and it hasn't worked. My view is that it is like attacking an army that are well dug in to their defensive positions, if you just send an army of similar strength they are going to fail in their attack. You need to weaken or kill the existing 'bad' gut microbiome before you can establish a new 'good' microbiome.

So that is the story of how Mum partially recovered from Alzheimer's. I don't understand why nobody really has an interest in this story, the world is crying out for a cure for dementia. I did find a couple of other people on a forum with a similar story of being very ill after antibiotics followed by a partial recovery from Alzheimer's. Unfortunately I was kicked off the forum for telling this story before I could get more detail.

This 'cure' doesn't recover lost memories and to be honest if I knew that this would be a cure I wouldn't have expected it to. The brain of someone with moderate/severe Alzheimer's has been seriously damaged. This 'cure' does seem to stop further deterioration and to allow the brain to start to recover. I can't even promise it would work with everyone and I don't know how you can weaken or kill the existing good bad bacteria without Doctor prescribed antibiotics. There are even ethical questions of whether you should treat someone with moderate/severe damage to their brain. We may be putting longevity above quality of life, though for Mum I can say she was much happier once she started to recover.

If you would like to contact me then correct the spelling in this email address:
zlaheimers@davron.co.uk. Sorry to be cryptic I am just trying to avoid spam email. I can't promise to answer all emails, I have no idea how many I might get, so please don't take it personally if I don't answer. 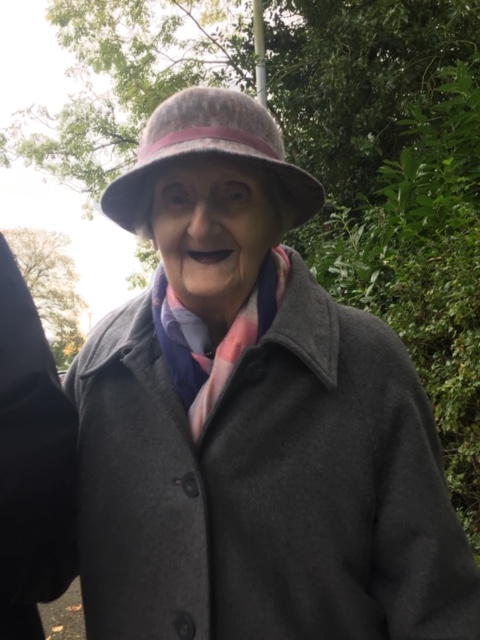 In memory of my Mum and in hope that her experience may help others.

Some other thoughts that could just be further signs of madness.

I mentioned that I wasn't saying Antibiotics were a bad thing, but then I didn't mention why they might be bad at all. The flip side to antibiotics weakening or killing the gut microbiome and allowing a 'good' one to form is that if you don't eat the right stuff during and after taking antibiotics you risk 'bad' bacteria colonising your guts. And if 'bad' bacteria can be part of Alzheimer's then it follows that antibiotics could indirectly cause Alzheimer's.

About twice as many adult women than adult men take antibiotics.
https://bmjopen.bmj.com/content/8/2/e020203

A cure for Alzheimer's

A cure for Alzheimers